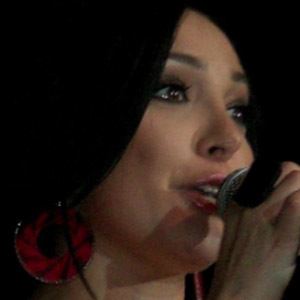 Mexican pop singer who is best recognized for having won the first season of the competition series La Academia. She later went on to serve as a judge for the series and is also known for her popular singles "Sin Ti Noo Hay Nada" and "Porque Soy Mujer".

With a passion for singing at an early age, she joined the La Academia reality show competition in 2002. After winning the competition series, she was signed to EMI Music for a contract of five years of five albums. Her first album was a compilation of the songs she sang during her competition, while her second album Una Mujer contained all new material.

She has won several awards for her music including an EMI Music Multiplatinum award in 2007 and a Ganadora de la Arroba de Oro Award through Yahoo in 2006.

She was born and raised in Nuevo Leon, Mexico.

She starred in a stage production of Jesuscristo Superestrella in April of 2011 where she starred alongside fellow actor Mauricio Martinez.

Myriam Montemayor Cruz Is A Member Of