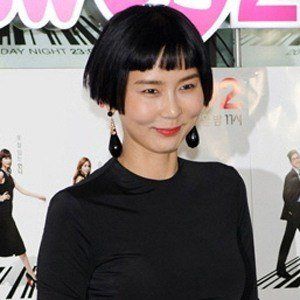 South Korean television show host and personality who is widely recognized for her work on the variety show We Got Married. Her popularity has led to her developing a staggering social media presence, with over 1.2 million followers on her nayoungkeem Instagram account alone.

She developed an interest in fashion at a young age and was considered a fashionista prior to working in television.

In 2013, she competed on and won the show Fashion King Korea.

She married her non-celebrity husband in a private 2015 ceremony.

She and Lee Ji-hoon both competed on Fashion King Korea.

Na-young Kim Is A Member Of