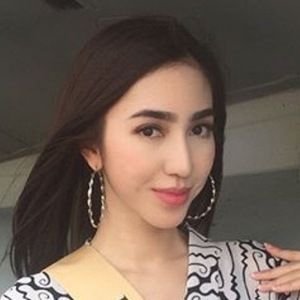 International model who gained worldwide prominence after winning the title of Miss Grand Indonesia in 2018. Her natural beauty led her to be crowned Miss Grand Bengkulu that same year.

She studied law and has planned to become an attorney.

Her Instagram presence took off after her pageant wins and she has since acquired more than 170,000 followers.

She has been based in South Jakarta, Indonesia.

She rose to fame as a pageant winner in Indonesia like Dinda Syarif.

Nadia Purwoko Is A Member Of