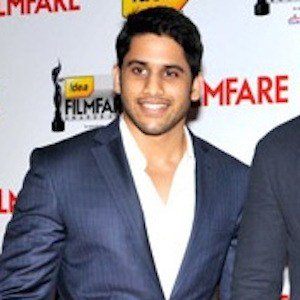 Known for his roles in Indian Telugu films, this screen actor appeared in such movies as 100% Love, Josh, and Bejawada.

He studied acting in both Mumbai, India and Hollywood, California. He made his Telugu film debut in a 2009, Vasu Varma-directed picture titled Josh.

He earned positive reviews for his role in the 2014 political film Autonagar Surya.

He shared the big screen with both his father, Akkineni Nagarjuna, and his grandfather, Akkineni Nageswara Rao, in a 2014 movie titled Manam. He has a brother named Akhil Akkineni. In 2017, he married actress Samantha Ruth Prabhu.

He appeared with actress Kajal Aggarwal in Dhada, a 2011 box office flop.

Naga Chaitanya Is A Member Of