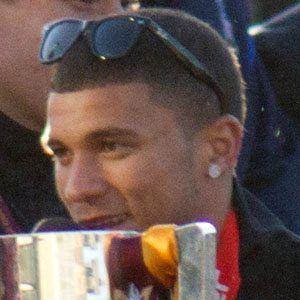 He spent his youth career with the Dandy Town Hornets from 2002 to 2009 before debuting for their senior squad.

He scored 2 goals in 9 appearances for the Bermuda Hogges in 2010.

He was born and raised in Bermuda.

He and Reggie Lambe both joined the Bermudian national team in 2007.

Nahki Wells Is A Member Of