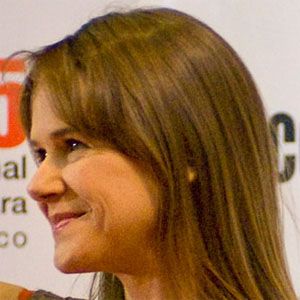 Best known for her telenovela role as the evil antagonist Leonor in the Mexican series Quinceañera, she also appeared in the 1987 film Gaby: A True Story.

As a child, she performed in a production of Henrik Ibsen's famous play A Doll's House.

She provided Spanish-language dubbing for the role of Princess Kida in the 2001 film Atlantis: The Lost Empire.

Her Norwegian-born mother, Eva Norvind, also had a screen acting career in Mexico. She's the grand-daughter of Prince Chegodayev Sakonsky of Russia. She had two daughters with attorney Fernando González Parra named Tessa Ia and Naian.

She appeared with Jorge Salinas in the 2011 film La Otra Familia.