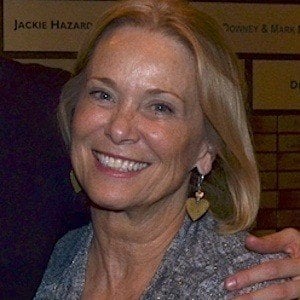 Her acting career began in 1975 after she earned short-lived roles on the shows Lucas Tanner and Medical Center.

She and actor John Ritter hosted the United Cerebral Palsy Telethon for several years before their divorce.

She married actor John Ritter in 1977 and they had three children together: actors Jason and Tyler and a daughter named Carly. She and John divorced in 1996.

She played opposite Italian actor Terence Hill in the comic adaptation Lucky Luke.

Nancy Morgan Ritter Is A Member Of