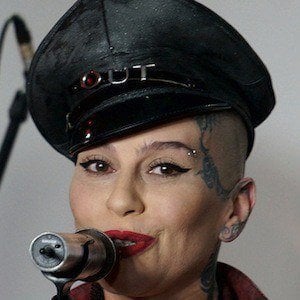 Singer who rose to fame in 2013 as the runner up on Russia's version of The Voice. Competing as a member of Leonid Agutin's team, she has since released the album Alone in 2014.

She was only four years old when she began singing, following after her uncle, Farukh Zakirov, who was a member of the legendary Uzbekistan band Yalla.

Prior to her appearance on the Voice, she released her first album titled The Golden Cage in 2001.

She was married to Yernur Kanaybekov until 1997. She then married Philip Balzano. She has three children, Sabina, Auel, and Leila.

Both she and Sevara Nazarkhan are popular singers from Uzbekistan.