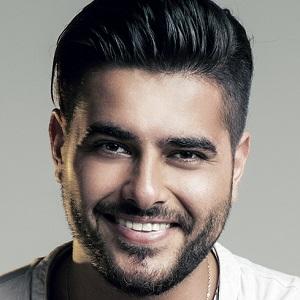 With the March 2013 release of his debut album Ya Samt and its accompanying music video "Larmik Bbalach," this Arab artist was granted the Murex D'Or Award for Best Arab Male Rising Star. He then launched two music videos for his songs "Sawt Rbaba" and "Mech Aam Tezbat Maii."

He attended the Higher Institute of Music and Performing Arts, where he majored in Oriental singing. His career took off after being named the winner of Star Academy in 2010.

In 2011, he participated in the operate 'Bokra' under the supervision of producer Quincy Jones, as well as the famous producer RedOne, who has worked with many high profile artists such as Jennifer Lopez and Lady Gaga.

He grew up in a household that praised arts. He was encouraged by his parents to pursue a singing career, which is why he took part in chorus singing as a child and later on attended a music school.

Nassif Zeytoun Is A Member Of