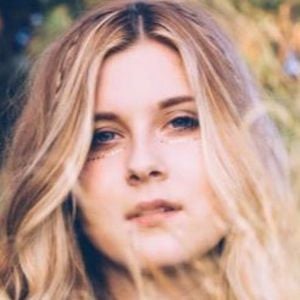 Vocalist and bassist for the all female band Bahari. The group released their debut EP Dancing on the Sun to iTunes in May 2016.

She began playing the piano when she was four years old and soon after learned the guitar.

She gave acting a try for a time and found success, but she was always drawn back to music.

Born in Nashville, she moved with her family to Manhattan Beach, California when she was five years old.

She was first introduced to her Bahari bandmates, Ruby Carr and Sidney Sartini in 2013. The trio instantly clicked and quickly wrote their first single "Wild Ones."

Natalia Panzarella Is A Member Of