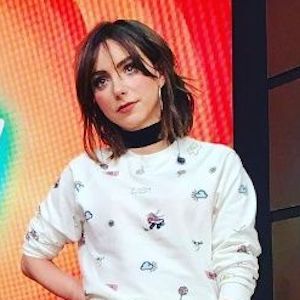 Radio and television presenter often seen on Telehit and Televisa series like La Voz Mexico and Today. She has also hosted her own show with Telehit called Vídeos con Natalia.

After studying at the Felix de Jesus Rougier Institute, she went on to study at Televisa's Centro de Educación Artística.

She has dabbled in acting, appearing in soap operas like Palabra de mujer and Logout_.

Her father, Guillermo Téllez, is a painter, and her mother, Artemisa Téllez Martínez, is a writer.

She appeared in the music video for Benny Ibarra's "Déjalo Ir."

Natalia Téllez Is A Member Of