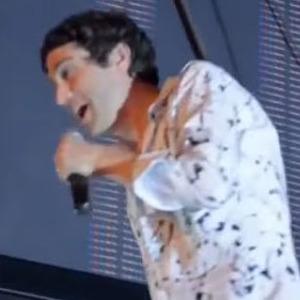 Latin pop singer and musician who released a number of albums as a solo artist, including the platinum certified El Tiempo and gold certified albums Llueve Luz and Así. He also recorded seven albums as part of a band called Timbiriche.

He career in music began with Timbiriche in 1981. He would study classical and jazz music, as well as guitar and composition at Walnut Hill School in Boston between 1985 and 1989. He kicked off his solo career in 1992.

He played the role of Gabriel in the television series Sexo y otros secretos between 2007 and 2008. He hosted episodes of Extreme Makeover: Home Edition - Latin America in 2012.

He is the son of Julissa, a singer and actress of the 1960s, and Benny Sr, an actor and rock singer for a group called Los Yaki. His brother Alejandro was also a singer and actor. He married former model Celina Del Villar in 1988 with whom he had two children.

He and Mariana Garza were both members of the Mexican pop-rock band Timbiriche.

Benny Ibarra Is A Member Of