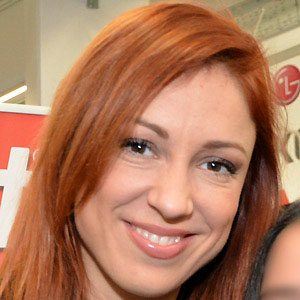 Singer from Belgium most famous for albums like 2004's Triple Platinum-selling "Back For More". She has numerous awards, including Best Solo Artist at the Music Industry Awards in 2008.

She was born in Westerlo and worked as a Spanish and English translator.

The tour in support of her debut album "This Time" was originally scheduled for 20 dates, but the massive popularity of the album lead to the tour expanding to 90 dates.

She is the youngest of five children.

Natalia Is A Member Of