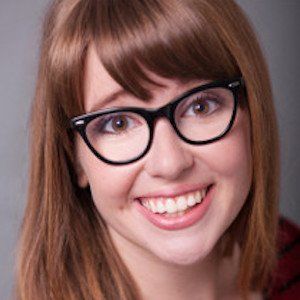 Comedian and actress known as the voice of Buttercup on the 2016 Powerpuff Girls revival. She also starred in the Comedy Central series BriTANick and Disney's Very Important House.

One of her first appearances was in the 2012 television movie The Real St. Nick.

Known for her improv and standup comedy as well as her acting career, she was one of the founding members of the absurdist clown group Wet the Hippo.

Her grandfather's name is Mike.

She played the Buttercup to Amanda Leighton's Blossom and Kristen Li's Bubbles in The Powerpuff Girls.

Natalie Palamides Is A Member Of