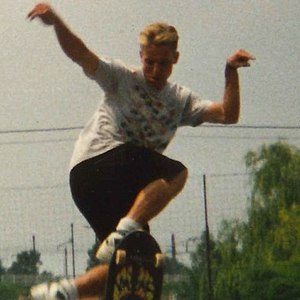 Skateboarder who rose to fame in the mid-80s as one of the first professional street skateboarders. He was an original member of the SMA (Santa Monica Airlines) skate team and one of the many tricks he helped popularize was the "rail slide," sliding down a stair handrail on his board.

He began his long affiliation with SMA in 1984 and has contributed board designs and even arranged a manufacturing and distribution deal with larger company Santa Cruz Skateboards when SMA found themselves unable to meet demand for their product in part due to Natas' rising popularity.

In addition to his skating career which slowed down after a broken ankle in 1991, he's designed skateboards, worked as an art director for two different magazines, started a shoe line with Mark Oblow and worked in design and art with clothing companies Quiksilver and Element Skateboards.

He's had a daughter who's often been featured on his Instagram.

Natas Kaupas Is A Member Of