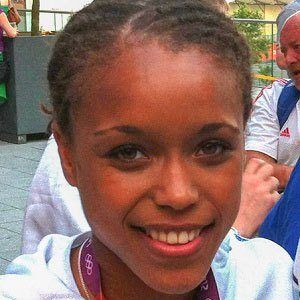 Famous as the first female British boxer to compete in Olympic competition, she is a retired amateur boxer who fought in the lightweight division. She retired 16 months before the Rio 2016 games.

She won five ABA Championships in her first five years in boxing beginning in 2005.

She narrated and was featured in the television documentary Knockout Scousers.

Her younger sister Nikita Parris is a footballer.

She fell to Katie Taylor in the quarterfinals at the Olympic games in 2012.

Natasha Jonas Is A Member Of