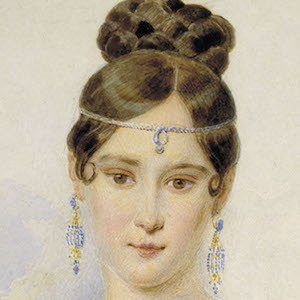 Wife of the acclaimed Russian poet Alexander Pushkin. Following Pushkin's death in an 1837 duel, she had a nearly twenty-year union with second husband Petr Petrovich Lanskoy.

A prominent Moscow socialite, she was considered one of the most beautiful young women of her city when, at age sixteen, she met Alexander Pushkin.

Rumors of her affair with a French immigrant led her husband to challenge the man to what turned out to be a lethal duel.

One of her children may have inspired Leo Tolstoy's famous character Anna Karenina.

Natalia Pushkina Is A Member Of