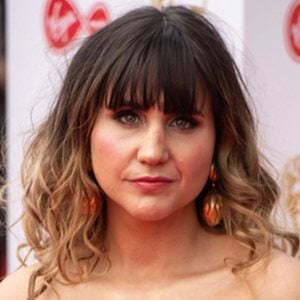 British actress, writer and stand-up comedian who hit it big after landing a role on the series What We Do in the Shadows. She has also had notable parts on the shows Pls Like, Sick Note and Year Friends.

She was a prominent member of the sketch comedy troupe Oyster Eyes.

She won a 2014 Skinny Debutant Award at the Edinburgh Festival Fringe for You'll Never Have All of Me.

Her brother Jamie is an actor and comedian. She starred with him in the series Stath Lets Flats.

She appeared in the 2018 feature The Festival alongside Hannah Tointon.

Natasia Demetriou Is A Member Of