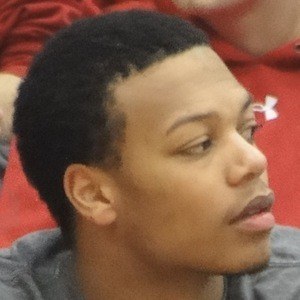 6'1" guard who enrolled at the University of North Carolina in 2013. He's known for being the adoptive brother of Kris Jenkins, who beat Britt's Tar Heels with a buzzer-beating three-pointer in the 2016 NCAA Championship game.

He played at Gonzaga College High School, where he was named Washington DC's Gatorade Player of the Year in 2011.

He and Jenkins first became teammates in AAU basketball in 2005. He also played soccer and football in high school.

He was born to Nathaniel and Melody Britt.

He and Kennedy Meeks played together at North Carolina.

Nate Britt Is A Member Of