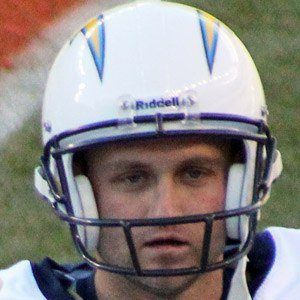 Kicker who played in the NFL from 2004-2012, primarily for the San Diego Chargers.

He played college football at the University of Iowa, where he was an All-American in 2003.

He made two Pro Bowls and was a one-time first-team All Pro selection during his career.

He married Samantha Gervich during his career, and has three children.

Nate Kaeding Is A Member Of