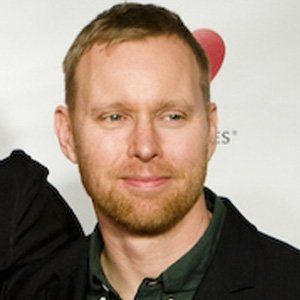 Bassist and one of the original members of the Grammy Award-winning rock band Foo Fighters who also played in Sunny Day Real Estate.

He started out in a satirical punk band called Product of Rape and then began his career in earnest with the hardcore group Diddly Squat.

He started out wanting to just "play lots of notes really fast" and, later on, learned melodic technique.

He had a son with a former girlfriend. He married Kate Jackson in 2014.

Dave Grohl, the lead singer of the Foo Fighters, invited him to join the group when it was first starting out.

Nate Mendel Is A Member Of