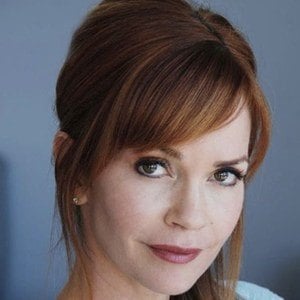 South African actress who played the role of Joey Ortlepp in the SABC 3 soap opera Isidingo from 2001 to 2004. She was cast as the villain, Penelope Blossom, on CW's Riverdale.

She graduated from Rhodes University before she started acting.

She has also worked as a voice actor playing the role of DottyWot in the New Zealand children's show The WotWots.

She comes from a South African family. She has one son with her husband, Phil.

She was cast alongside Lili Reinhart on Riverdale.

Nathalie Boltt Is A Member Of