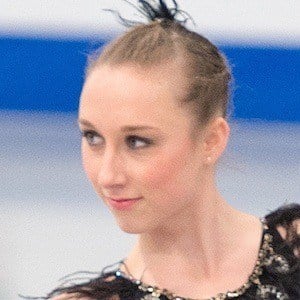 Between 1999 and 2005, she trained in alpine racing at SC Frankenthal. She started training in figure skating in 2001.

She was born in Saarbrücken, Germany, and her hometown is Frankenthal.

One of her former choreographers is Stéphane Lambiel.

Nathalie Weinzierl Is A Member Of