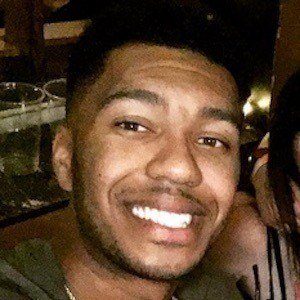 British pop singer and one fifth of the UK acoustic boy band Concept, who became known after auditioning on The X Factor in 2014. Since then, they have performed in support of well-known acts such as Lawson and Loveable Rogues.

He and his band were approached by show producers from The X Factor show after being discovered on YouTube in 2014.

His band member Ben Selley is cousins with One Direction hunk Harry Styles.

He and his bandmates are from Basingstoke, Hampshire.

Nathan Gittens Is A Member Of