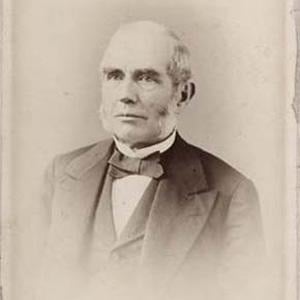 Massachusetts-born lithographer who co-founded the print company, Currier & Ives, with James Ives. He gained fame with the 1835 print, "Ruins of the Merchant's Exchange N.Y. after the Destructive Conflagration of Decbr 16 & 17, 1835," that was published in the New York Sun.

He became an apprentice when he was 15 to William and John Pendleton's Boston printing firm. He worked as a volunteer fireman in the 1850s in New York.

He was a friend of P.T. Barnum, the infamous creator of the Barnum & Bailey Circus.

He had a son named Edward with his wife, Eliza West Farnsworth. He remarried Lura in 1847 following Eliza's death.

He and Malcolm X both grew up in Roxbury, Massachusetts.

Nathaniel Currier Is A Member Of