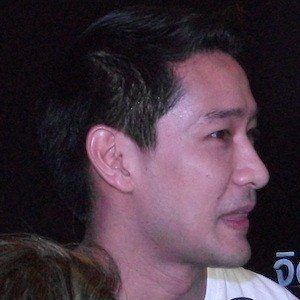 Leading man who has become widely known for starring in the Thai dramas Pit Sawat, Marn Kammathep, and Tawan Tud Burapa, amongst others.

Though he began acting in 2001, it wasn't until 2008 that he scored his breakout role in the hit show Song Kram Nang Fah.

In 2013, she starred in the feature film The Second Sight.

He was born to Kalaya and Vibul Kulrattanarak in Bangkok, Thailand.

Woranut Bhirombhakdi also starred alongside him in the series Pit Sawat.

Nawat Kulrattanarak Is A Member Of