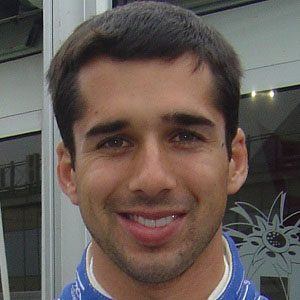 Swiss race car driver who won the 2007-08 A1 Grand Prix title with Team Switzerland. He was previously the 2000 Formula Lista Junior Champion.

His mother is Swiss and his father is Indian.

He and Northern Ireland's Adam Carroll are both A1 Grand Prix Champions.

Neel Jani Is A Member Of