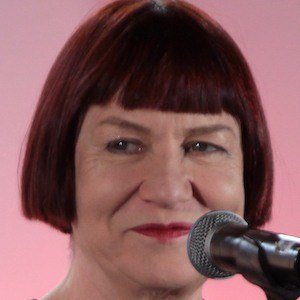 She sold clothes and worked as a street performer after moving to London as a teenager.

She gave birth to her daughter, Matilda Violet, in June 1998.

She had a supporting role in the 1998 film Great Expectations with Ethan Hawke.

Nell Campbell Is A Member Of