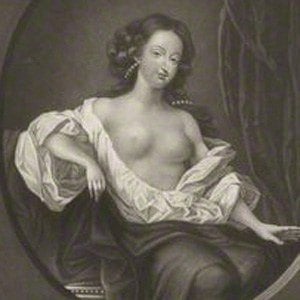 Mistress of King Charles II of England who literally went from rags to riches during her lifetime. She is considered a folk heroine of the Restoration movement of the English monarchy. She was a prominent theatre actress during her time.

She sold oranges around the Drury Lane theater, and then became an actress at 15, earning praise for her comedy.

Legend has it that the King asked her to dine with him, only to discover he had no money on him, making her wittily observe that this was the poorest company she'd ever been in.

She had two sons with the King, with the older one being made a baron.

She was portrayed by Mary Pickford in the 1915 film Mistress Nell.

Nell Gwynn Is A Member Of