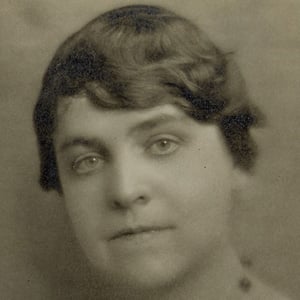 She began using her father's tools and sculpting at age 17.

She was four foot eight and under 100 pounds.

Her father was Everett Walker, a stone carver and monument builder.

Her first noteworthy piece was a bust of Abraham Lincoln.

Nellie Walker Is A Member Of