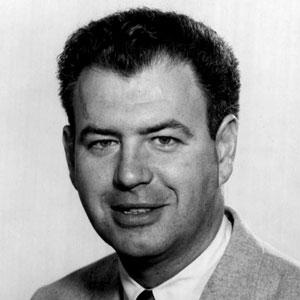 Capital Records arranger who was one of the geniuses behind such singers as Frank Sinatra. He won his first Academy Award for his 1974 score for The Great Gatsby.

He worked for the Charlie Spivak Orchestra while serving in the Merchant Marine at Sheepshead Bay in Brooklyn, New York, for two years.

He composed the theme song for the classic TV series "Route 66," and contributed to the music of the 1960s "Batman." He also worked on "Robin and the 7 Hoods" and "Ocean's 11," both starring the Rat Pack.

He married Doreen Moran on October 10, 1945, and divorced her on January 22, 1970. He then married Naomi Tenenholtz on April 11, 1970. His youngest son Christopher took over the leadership of his father's orchestra following Riddle's death.

He recorded three Platinum albums with Linda Ronstadt in the 1980s to great critical and commercial acclaim.

Nelson Riddle Is A Member Of