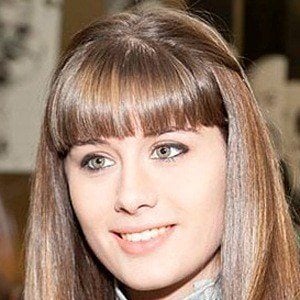 Versatile film and television star who has become widely known for her portrayal of Victoria in the 2016 series La esclava blanca. She has also been seen in the show Bienvenidos al Lolita and the films Héroes and Tres metros sobre el cielo.

She began studying acting at the age of nine and by 2008 had made her debut in the feature drama Camino.

Outside of her screen work, she also appeared in the 2015 theatre production of La morena as Alma.

She was born to Francisco Camacho and María Angeles Ramos in Berja, Spain.

In the 2016 Colombian series La esclava blanca, she was joined by established actors Natasha Klauss and Roberto Cano.

Nerea Camacho Is A Member Of