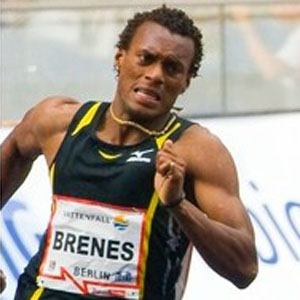 He was born in the impoverished town of Limon in Costa Rica and first broke onto the international scene by medalling at the Central American Junior Championships in 2004.

He set a national and championship record by running 400 meters in 45.11 seconds at the 2012 IAAF World Indoor Championships in Istanbul.

He grew up in a house with five generations of his family, including his great-grandmother, Ofilia.

He and Daniel Caines are both World Indoor Champions in the men's 400 meter eent.

Nery Brenes Is A Member Of