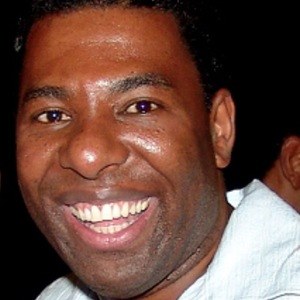 World singer, composer, and presenter who is best known for hosting the People's Program on the SBT network. He is also known for his hit albums It's Me from 2002 and Burning Passion in 2003. He also starred as the recurring character of Ricardo on the Ghetto Class series on RecordTV.

His career in music first began in 1986 with the pagoda band Negritude Junior as a vocalist. He earned recognition with the popular hit singles "Cohab City" and "Tanajura". His career in television began in 1998 where he began introducing the Planeta Xuxa program.

In addition to singing and acting, he is also known for his political involvement as councilman of the city of Sao Paulo in 2008 as a member of the Communist Party of Brazil. He later joined the Democratic Labor Party.

He was born and raised in Santo Amaro, Sao Paulo, Brazil.

He starred alongside Eliana Michaelichen and Fernanda Souza in the 2005 film Eliana in the Secret of the Dolphins.

Netinho de Paula Is A Member Of