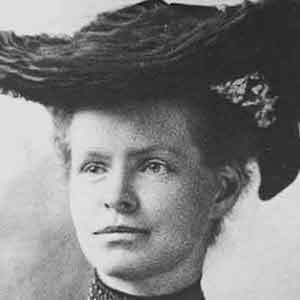 Geneticist who discovered what would become known as the XY sex-determination system. She was an associate in experimental morphology at Bryn Mawr College.

She received her Bachelor and Masters of Arts from Stanford before studying cytology at Bryn Mawr College.

Google featured her in a doodle on what would have been her 155th birthday in 2016.

She died of breast cancer at John Hopkins Hospital nine years after completing her Ph.D. She is buried next to her father Ephraim and sister Emma in Westford, Massachusetts.

She and Richard Lewontin are recognized for their contributions as geneticists.

Nettie Stevens Is A Member Of