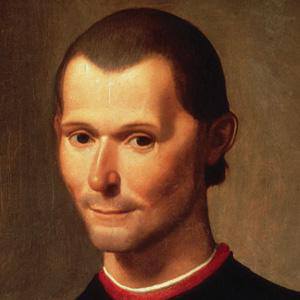 Ruthless Italian political philosopher who wrote The Prince in the early 1500s, which was considered his masterpiece.

He commanded Florence's militia from 1503 until 1506, although he distrusted his officers.

His The Prince influenced the Medici Pope Clement VII after it was finally published in 1532, five years after he died. His book also gave rise to the derogatory term Machiavellianism.

He was a political philospher much like Karl Marx.

Niccolo Machiavelli Is A Member Of