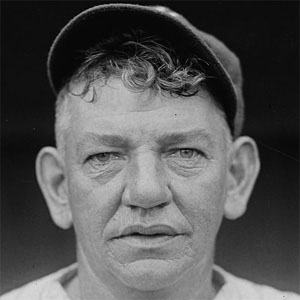 One of the most dominant left-handed pitchers of his age who was even better known for his clownish antics as a coach.

Pitching for the Chicago White Sox from 1903-1909, he helped the team to two World Series titles, but an arm injury in 1906 cut short a promising star career.

He had a habit of performing silent comedy routines from the coach's box at third base, in view of the opposing pitcher; it's not clear whether it ever distracted the pitcher, but it did have the crowd in stitches.

A century after him the pitcher Ted Lyons would become a legend of the White Sox, for his more than 20 years playing with the team.

Nicholas Altrock Is A Member Of