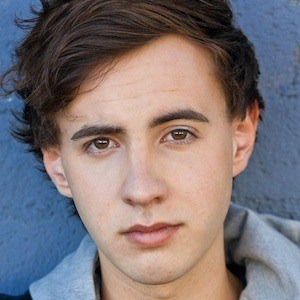 Actor known for the role of Jamie in the science fiction film Doctor Who: Resistance and as Andy in ABC's Imaginary Mary. He has also landed guest roles on shows like Supernatural and iZombie.

A performer early, he began dance lessons at the age of six and continued until he was fourteen. He then cemented his love of acting after landing a role in Seussical the Musical.

In 2014, he appeared in the Australian horror film Infected Paradise.

He was born in Kyneton, Australia but soon moved with his family to Perth until the age of nineteen.

He worked with fellow actors Adam Beach and Pascale Hutton during his short guest appearance on Arctic Air.

Nicholas Coombe Is A Member Of