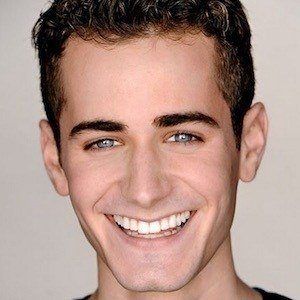 Star of the Lifetime original movie Gone Missing who produced, wrote and directed the Disney XD TV movie Growing Up Viral. He became the host of a program called Afterbuzz TV.

He was 12 years old when he started modeling and was featured on toy boxes and advertisements for Toys R' Us. He studied acting at Pace University.

He made his television debut in an episode of The Mentalist in 2012.

His sister Krista opened an indoor cycling studio. His cousin is Cole Giannasca.

He performed on stage in a production of Our Town alongside Helen Hunt.

Nicholas Grava Is A Member Of