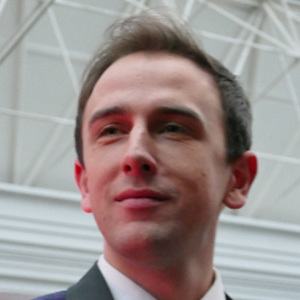 British a cappella singer whose career escalated after joining the vocal sextet The King's Singers in 2019. The music clips on his group's official YouTube channel have been viewed a combined 70,000 times.

He was a chorister and played violin and French horn in multiple youth orchestras.

He has four older sisters.

He once created his own arrangement of Seal's "Kiss from a Rose."

Nick Ashby Is A Member Of