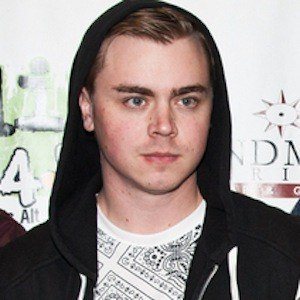 Member of the indie rock band Vinyl Theatre that released a debut album called Electrogram through the label Fueled By Ramen.

He was nine years old when he first started playing the drums and would study percussion in college.

The basement of his home became the practice space for Vinyl Theatre.

He and the band are from Milwaukee, Wisconsin.

He was brought in by Vinyl Theatre founders Keegan Calmes and Chris Senner, a college friend, to join the group.

Nick Cezars Is A Member Of