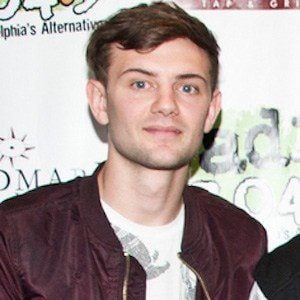 Keyboardist who is best known for his time with the band Vinyl Theatre. He co-founded the group with lead singer and guitarist Keegan Calmes in 2012.

He began taking piano lessons at age 9. He first met his group co-founder, Keegan, at a cross-country meet during their high school years.

On September 23rd, 2014, he and the rest of the group released their debut full-length album, Electrogram. It peaked at #35 on the US Billboard Heatseekers chart.

He was born and raised in the Milwaukee area in Wisconsin.

He and fellow co-founder Keegan Calmes have stated they were influenced musically by Tyler Joseph's band Twenty One Pilots.

Chris Senner Is A Member Of