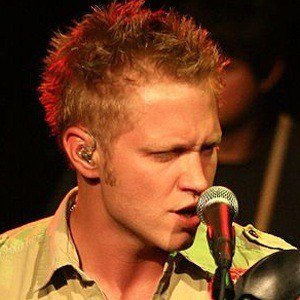 Singer who found a acclaim as a twelve year long member of Kenny Chesney's band. He started his own reality show in 2016 called Nick's Wild Ride. The show delves into hunting, history, travel, and music.

He played fiddle and sang vocals for the band The Farm.

The Farm's first single "Home Sweet Home" reached number 19 on the Country Billboard charts. He has over 30,000 followers on his nickswildride Instagram account.

He married Krystal Miller in 2006. They had a child in 2010. He subsequently married singer-songwriter Natalie Murphy on May 14, 2016.

Charlie Daniels is another famous fiddler.

Nick Hoffman Is A Member Of