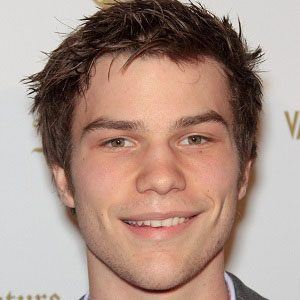 Famous for his role as Sid in the 2011 film The Descendants, Krause is also notable for his recurring roles as Adam and Berto on the respective television series Hollywood Heights and Parenthood.

A multi-talented child, he took both a college math course and an improvisational comedy class when he was ten years old.

He received a 2014 Catalina Film Festival Best Actor Award for his role in White Rabbit.

He and his actress sister, Kate, grew up in Austin and Georgetown, Texas, as the children of Liz Atherton.

He and Amara Miller were both in the cast of The Descendants.

Nick Krause Is A Member Of