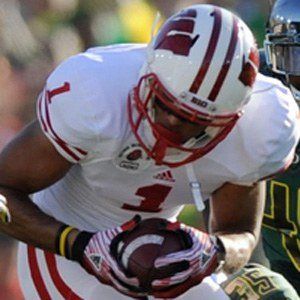 Wide receiver who made his NFL debut in 2013 for the New Orleans Saints.

He attended the University of Wisconsin, where he was honorable mention All-Big Ten in 2009.

He was selected in the 4th round of the 2012 NFL draft by the Saints, but missed his entire first season after being placed on injured reserve.

His father, Al Toon, also played for Wisconsin, and in the NFL.

He began his career catching passes from Drew Brees.

Nick Toon Is A Member Of