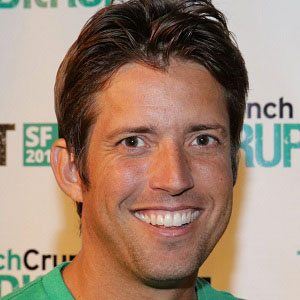 Famous for founding and heading the successful GoPro high-definition camcorder company, he had a net worth of more than 2.5 billion at the start of 2015. In 2016, however, he was listed as one of the world's worst CEOs.

After studying visual art and creative writing at the University of California, San Diego, he launched a company called funBug, but decided to take a surfing trip around the world after this early business venture failed. It was during this extended vacation that he came up with the idea for GoPro.

He was the 2013 winner of the United States' EY Entrepreneur of the Year Award.

He was born to Dean Woodman and Concepcion Socarras. He has three children with wife Jill Scully.

Woodman's GoPro company sponsored freerunner Jason Paul and a number of other athletes.

Nick Woodman Is A Member Of