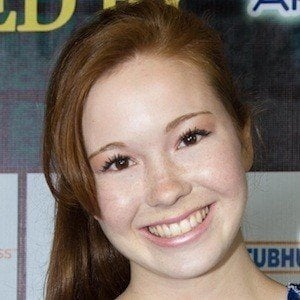 Television actress with credits in the TV movies The Amazing Wizard of Paws and Nickelodeon's The Massively Mixed-Up Middle School Mystery.

Her acting career got off the ground in 2014 when she was seen in The Massively Mixed-Up Middle School Mystery. She was also seen in a Jimmy Kimmel Live! sketch that year.

She has a strong social media following with 10,000 Instagram followers. She publishes challenge videos and song covers to her YouTube channel.

She has a brother named Will Spencer who is an actor as well. They were both featured in The Amazing Wizard of Paws.

She has collaborated with Jon Klaasen on YouTube videos.

Nicki Kelly Is A Member Of