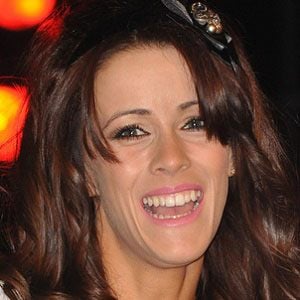 English model who has posed for magazines like Nuts, Zoo and News of the World. She later rose to a new level of fame following a string of high-profile relationships and appearances on the reality shows WAGs Boutique and Celebrity Big Brother.

She was born in Croydon, London and began appearing as a Page Three girl in 2002, when she was 20 years old. She also worked for Citigroup during this time.

She briefly attempted a music career, recording the single "Drunk" with rapper Coolio in 2010.

Her daughter with soccer player Simon Walton, Poppy, was born in November 2008.

Her relationship with soccer player Bobby Zamora led to her being cast on WAGs Boutique.

Nicola Tappenden Is A Member Of