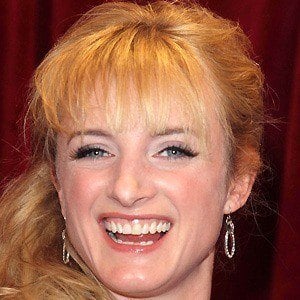 British soap opera actress famous for her role as the villainous Nicola King on ITV's Emmerdale.

Early in her career, she appeared on episodes of Coronation Street and Derek Acorah's Ghost Towns.

She appeared on the reality show Cirque de Celebrité, making it to the fifth week before getting voted out.

She was born in Burnley, Lancashire, England.

She and Emma Atkins were co-stars on Emmerdale.

Nicola Wheeler Is A Member Of