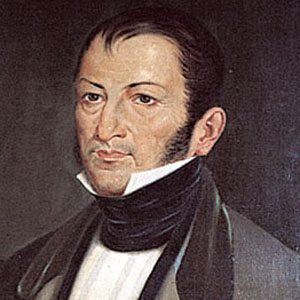 Known for his battlefield heroics during the late 1840s United States Invasion of Mexico, he is also remembered as Mexico's eleventh President. He assumed the presidency in 1839 and was again in power in 1846 and from 1842 to 1843.

During the second decade of the Nineteenth century, he fought with legendary soldier Hermenegildo Galeana in the Mexican War of Independence.

He and his wife died in Guerrero, Mexico on the same day.

During the 1847 Battle of Chapultepec, he became an American prisoner-of-war after being captured by a United States army that included, in its lower ranks, future American Civil War Confederate General Robert E. Lee.

Nicolás Bravo Is A Member Of